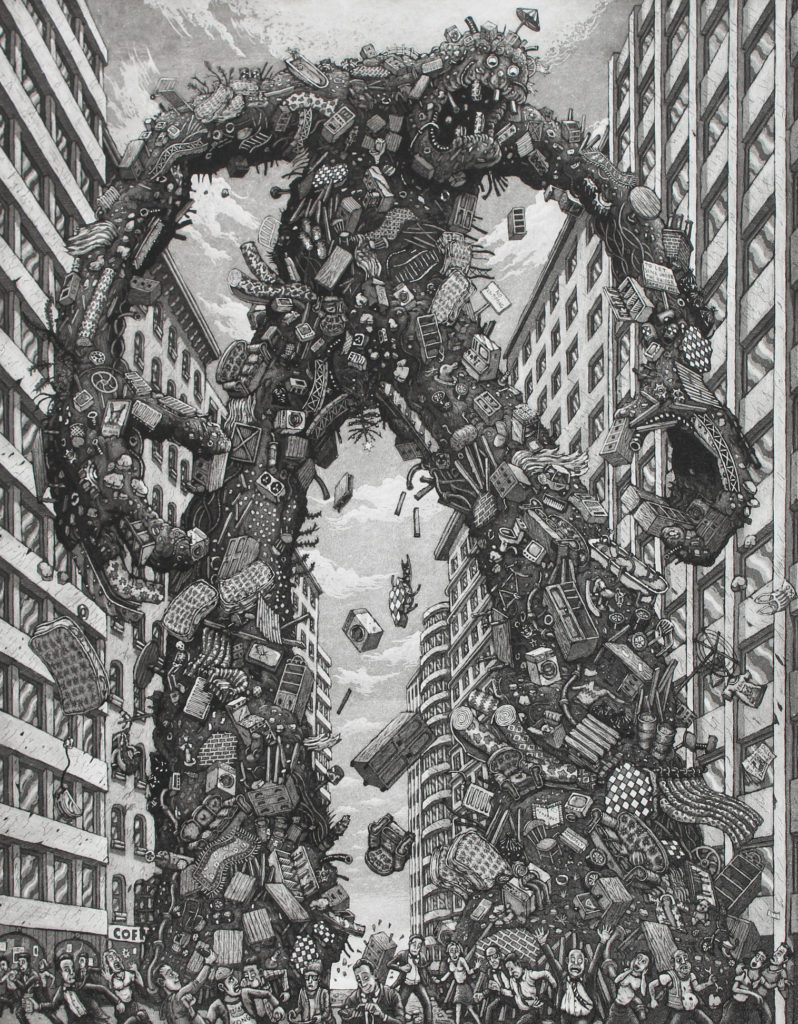 “‘Disaster’ is a man-made beast created from our constant consumption and disposal. It seems that no matter how much footage we watch of oceans flooded with plastic bottles, and landfill, there’s no stopping this beast from growing.” 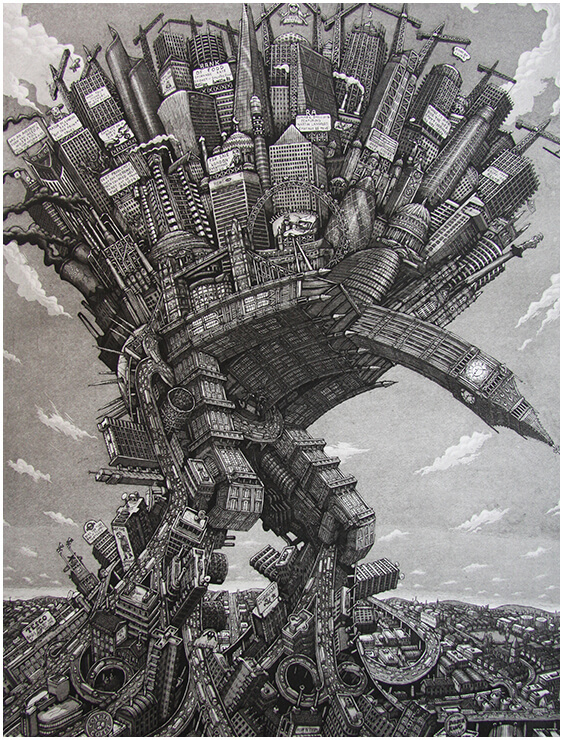 “‘London’ is a comment on the lack of planning in erecting city buildings. The skyline in London has not been preserved. Consumerism and greed have the city collapsing under its own weight.” 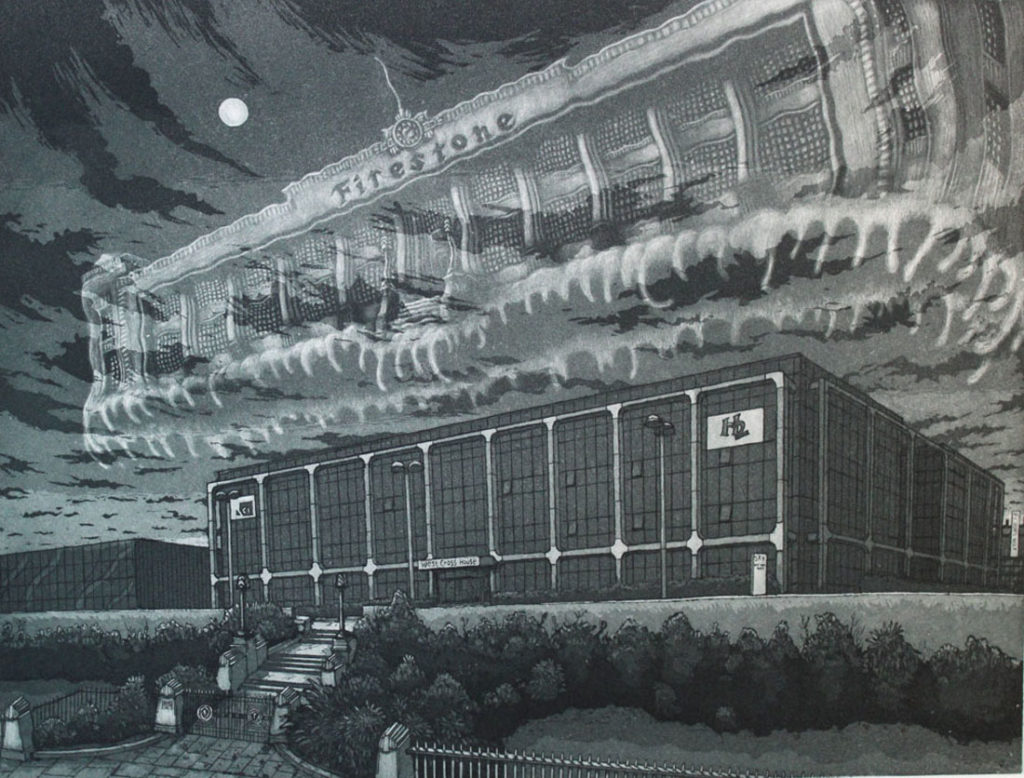 “‘Firestone’ was produced as a result of my outrage against the way this beautiful Art Deco building was razed to the ground by developers in August 1980, the weekend before it was to be made a listed building! Its destruction did, however, save the Hoover Building.” 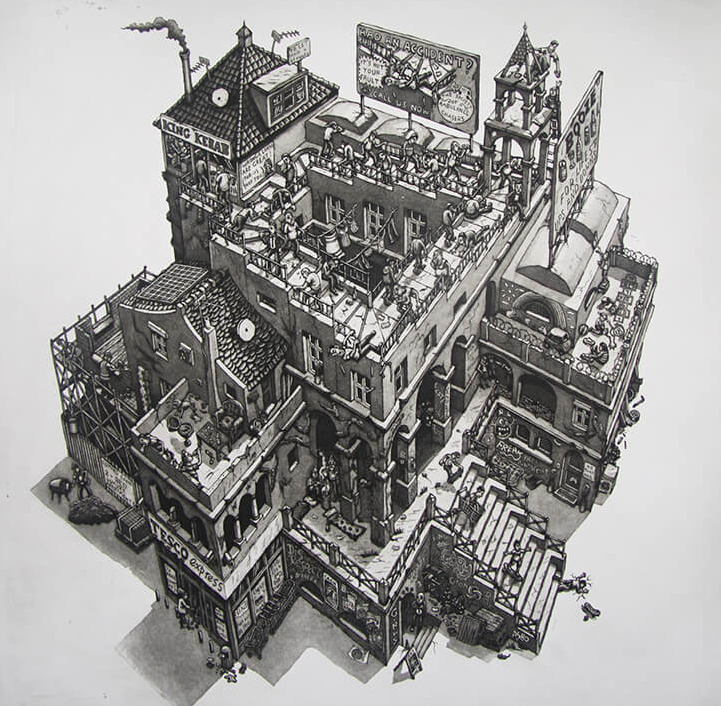 “‘After Escher’ is a homage to one of my favourite artists and is based on his impossible stairway ‘ascending and descending’. It’s a piece of social commentary because if this stairway existed as a real structure in today’s society, this is what it would look like.” 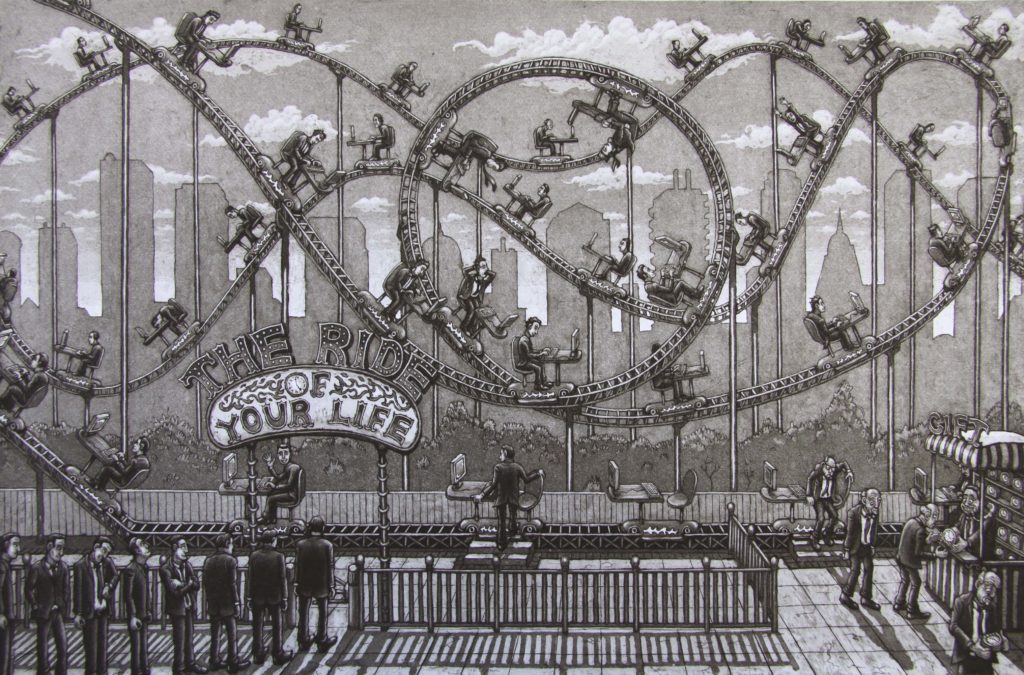 ‘The Ride of Your Life’

“I got this idea when I was standing in the queue at Disney World. It’s about how excited you are at the beginning of ‘the ride’ i.e. your career, your life, your ambitions, hopes and dreams, and you cannot wait to get on. But once you get on to the rollercoaster that’s my view of a 9-5 job, it’s basically the same ride over and over until you retire with a carriage clock.”

Born in 1970, Martin Langford studied at Watford College of Art and Design and then at Plymouth University where he graduated in 1993 with a BA (Hons)…
Read more about Martin Langford