Throughout her life Sandra Blow RA worked with a huge variety of materials and on a variety of scales from the very small to the very large. During her later life Sandra Blow published many stunning silkscreen prints with collaged elements, textures and glazes. Her uncompromising approach pushed printmaking techniques to new boundaries with the introduction of hessian, film and cloth. Her prints became almost sculptural. Our exhibition at For Arts Sake will contain a mixture of originals and limited editions.

The exhibition runs from 24th March to the 9th April. 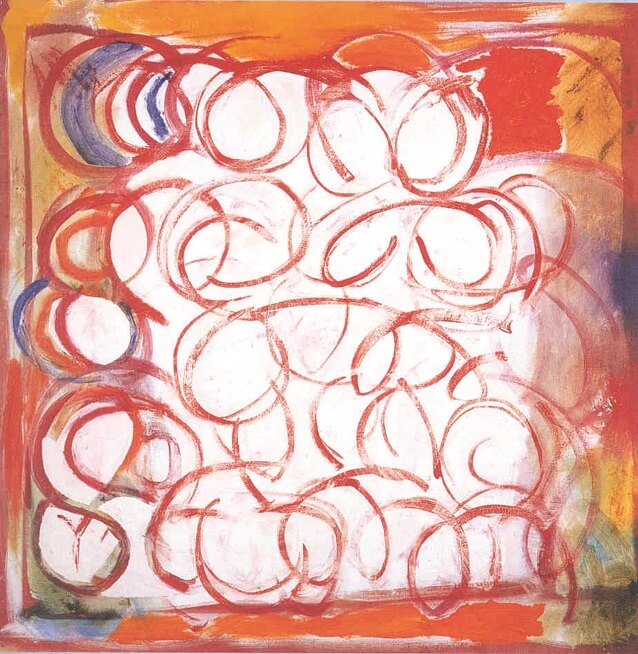 Sandra Blow RA (1925-2006) was one of the leaders of the post-war British abstract movement; though often described as a member of the St Ives school, she lived most of her life in London and derived her chief inspiration from the Italian post-war school of abstract expressionism.

Her works are often on a large scale and consist of abstract collages made up from cheap discarded materials such as sawdust, cut-out strips of old canvas, plaster and torn paper. The use of such materials is designed to create an expressive informality and promote a natural, organic feeling. Her works have a tactile as well as visual emphasis on surface, and her use of simple large geometric shapes lends a feeling of expansiveness and dynamism. 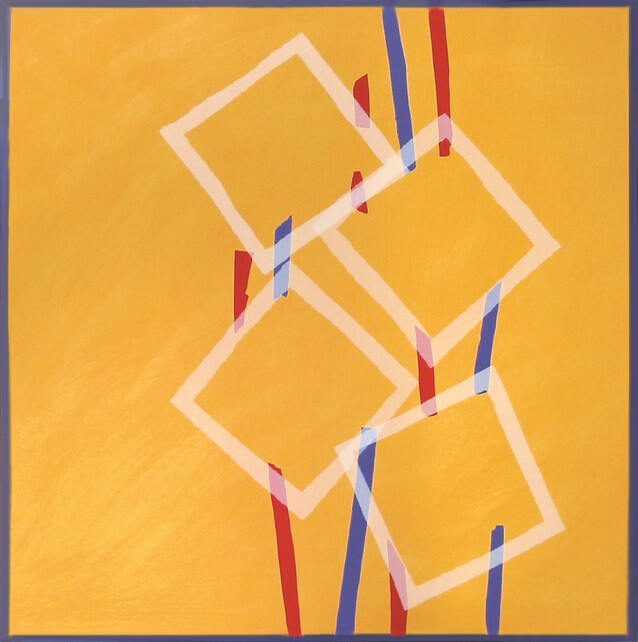 Sandra Blow was born in London in 1925, the daughter of a Kent fruit farmer whose orchards supplied retailers in Covent Garden. She first discovered painting as a teenager when she was evacuated to her grandparents’ fruit farm in Kent. Finding herself with a lot of free time, she began to paint landscapes among the local orchards and oast houses.

At first she had no plans to take up painting as a career, hoping to become a writer. But when a friend of her aunt’s saw her landscapes and suggested she should study at art school she was ecstatic. She left school at 15 and in 1940 entered St Martin’s School of Art. “I went to St Martin’s and it was paradise – a totally new world. Ruskin Spear was one of my tutors and he was very enthusiastic about my work”. Shortly after the Second World War, Blow studied at the Royal Academy Schools, but in 1947 ventured further afield and lived in Italy for a year, where she met Alberto Burri, who was a significant influence on her work for the rest of her career. 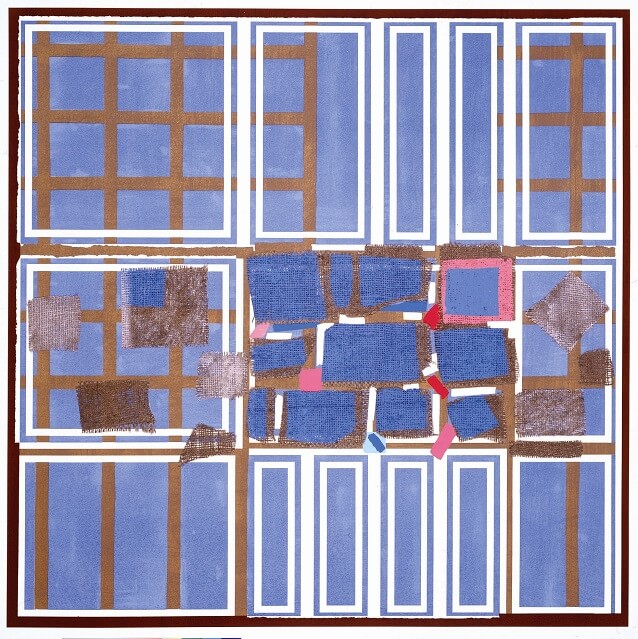 Despite her youth, Blow was at the forefront of the abstract art movement in Britain during the 1950s. Following her first painting sale, to Roland Penrose (a founder of the Institute of Contemporary Arts), Blow’s career took off.

Whilst living in London she threw herself into Bohemian life “I can’t believe how insouciant we all were,” she recalled later. “I used to go to clubs like the Mandrake and the Gargoyle and Muriel Belcher’s in Soho, where everyone I knew and liked went: Lucian Freud, Francis Bacon, Johnny Minton. Lucian once took me to the top of a bombed church in Soho. There were two towers left and he leapt over the gap. ‘You can’t possibly expect me to do that,’ I said. ‘Just think of it as if you were on the escalator in Selfridges,’ he replied.”

Throughout the 1950s and early 1960s, she regularly exhibited with Gimpel Fils, the leading London gallery whose association with St Ives artists like Barbara Hepworth, Ben Nicholson and Peter Lanyon anticipated her move in 1957 to live for a year in a cottage originally used by D.H. Lawrence at Zennor near St Ives, which was at the centre of the British modern art movement at the time. Blow was widely exhibited abroad throughout this time, establishing the international profile that her cosmopolitan outlook warranted. 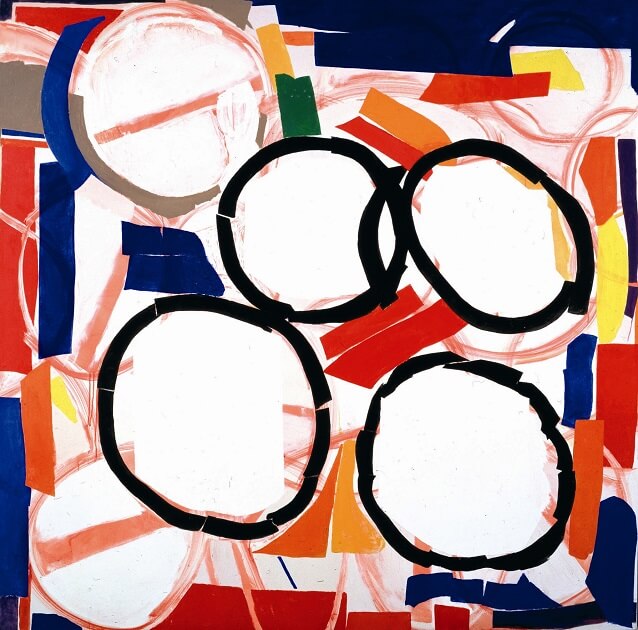 In 1957 she featured in the first John Moores biannual exhibition in Liverpool and was included in the Young Artists Section at the Venice Biennale the following year. She won the International Guggenheim Award in 1960 and won second prize at the third John Moores exhibition at the Walker Art Gallery in 1961.

In 1960, having returned to the capital, Blow acquired a large studio at Sydney Close in Kensington, where she worked for the next 24 years. In 1961 she started a 14-year stint teaching at the Royal College of Art, when David Hockney, Patrick Caulfield and Ron Kitaj were among the students. 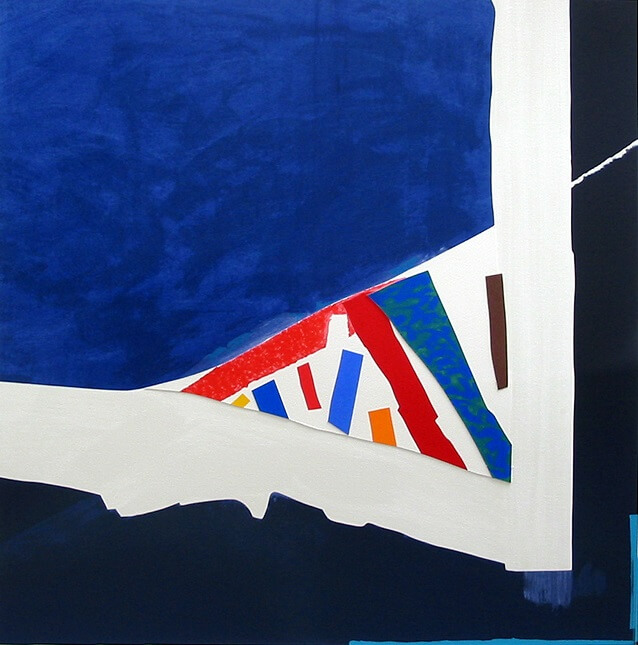 Although painters like Jennifer Durrant, Gillian Ayres and Joan Mitchell shared with Blow ambitious scale and expressive dynamism, she stands alone as the earliest and most original woman painter in Britain able to challenge the bar-room “macho” cult associated with free, informal abstract painting.

In moving to St Ives during the mid-1990s, Blow came full circle, reinvigorating a Cornish art scene bereft of the glories she had sampled 35 years before. She exhibited locally but also fulfilled her obligations as a Royal Academician, participating in every Summer Exhibition at Burlington House, where she enjoyed a retrospective in 1994 at the newly built Sackler Galleries.

Bold, expansive and assured, she held together the visual energy of her compositions with points and accents of sharper colour. “It’s like achieving a perfect note in music,” she once explained. “You hammer away at it, and when you finally get it, it seems so simple.” 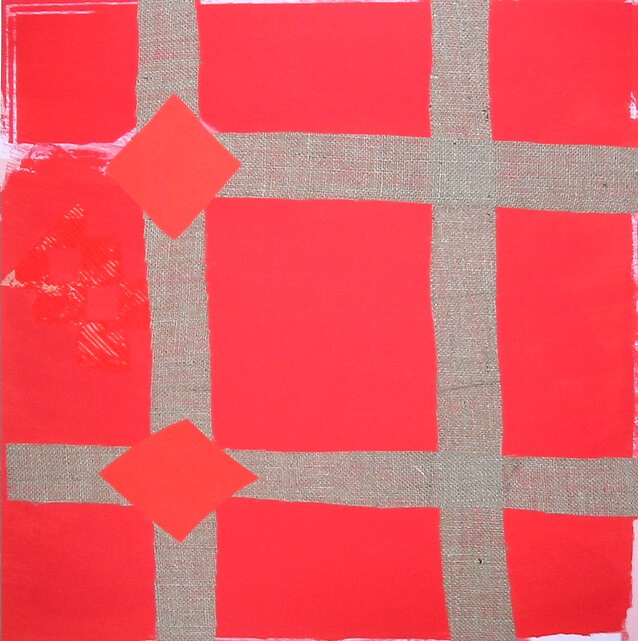 An exhibition of originals and limited editions

Sandra Blow RA (1925-2006) was one of the leading lights of the abstract art movement of the 1950s. Her works are often on a large scale and consist…
Read more about Sandra Blow