Salt Stars. A series of new prints by Gill Tyson.

Gill Tyson is a printmaker who specialises in lithography, concentrating on the richness of expressive marks within this medium. Gill develops her prints by building up layers of colour to create a depth and intensity in deceptively simple and distilled imagery. Her work has been likened to “painting in slow motion”. Gill responds to remote environments and seeks out human markers in the landscape: a circus poster on a telegraph pole by the Arctic Sea, a kilometre marker in the Namib Desert, a pier collapsed into the sea, an abandoned signal station in Donegal. 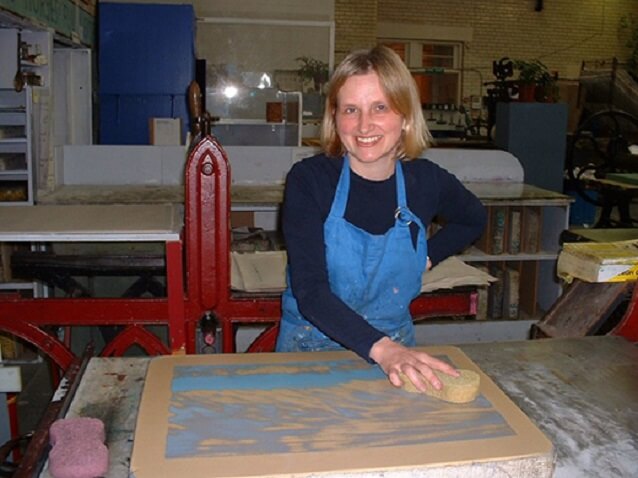 Gill graduated in 1979 from Edinburgh University and College of Art with an MA in Fine Art and has been in exhibitions throughout the UK, Europe and the US. Her work is held in private and public collections at home and abroad including Aberdeen Arts Gallery, Royal Bank of Scotland and the Smithsonian Institution. She lives on the West Coast of Scotland, where she has her studio. We’re delighted to stocking her most recent collection, SaltStars: 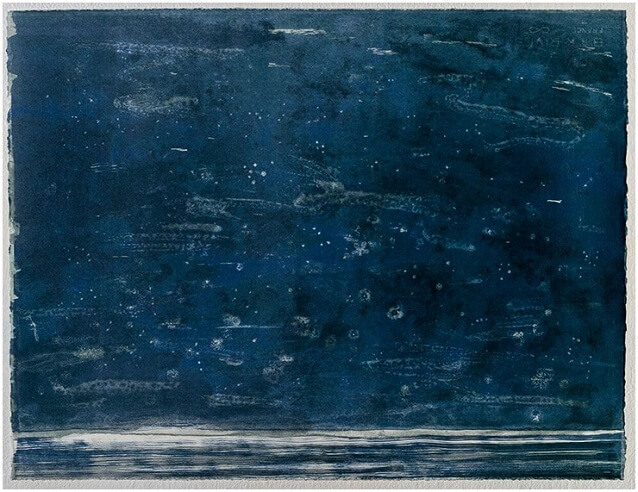 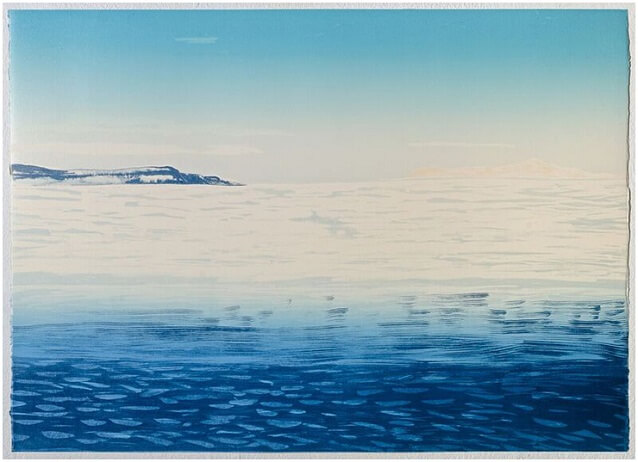 “After years of making prints about remote places, when we moved to Morvern I finally found myself at the end of the road. I read that the St Kildans had settled near us when they were evacuated from Hirta, the main island, in 1930. The last print I had made for my Shelter exhibition (2013), had been of Hirta’s Village Bay. That seemed a good place to start.

In our house between a river and the sea I was struck by the important role of the night skies: all those stars, and the brightness of a full moon on the water, almost as light as a west coast day. The St Kildans were given jobs with the newly formed Forestry Commission on land they had acquired from the Ardtornish Estate, and housed in former estate cottages. I wondered how these islanders from the wind scoured, tree devoid St Kilda adapted to this new life of in the woods. One constant would have been that same night sky.

Living in this new, remote location gave me a chance to create work more intimately linked with one place. I always, sooner or later, see the possibilities of whatever I’m doing as a lithographic technique, so, as I’d been experimenting with saltwater painting I began to experiment with using salt as a sort of resist for lithographic washes. Where the particles of salt fall they absorb the tusche wash to create random patterns of stars, and the saltwater brine makes a distinctive wash. In order to make the washes specific to this special place I evaporated salt from the seawater in our bay. It’s surprisingly easy, though I don’t think Morvern Sea Salt will be arriving in the shops any time soon!”. 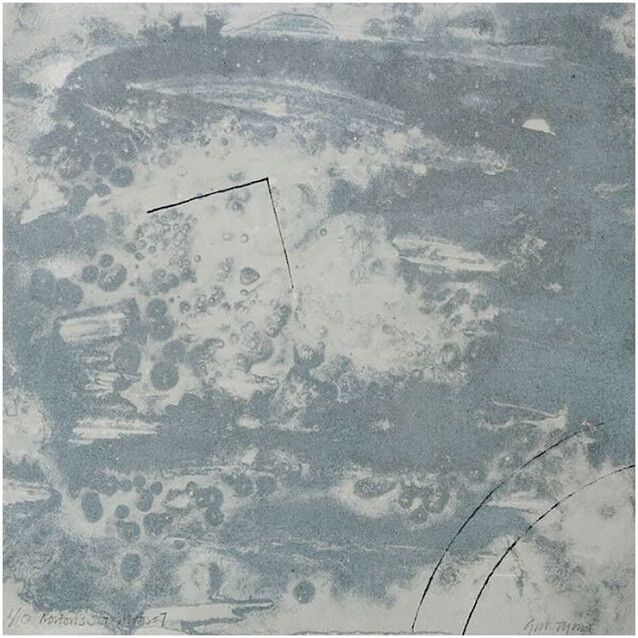 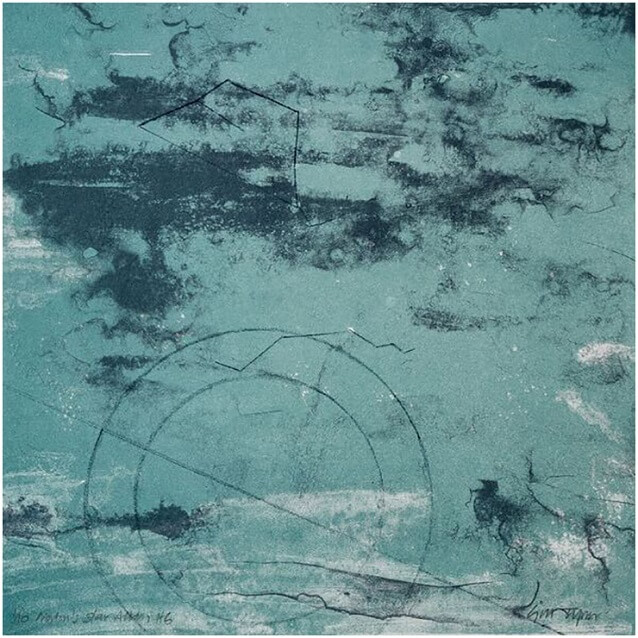 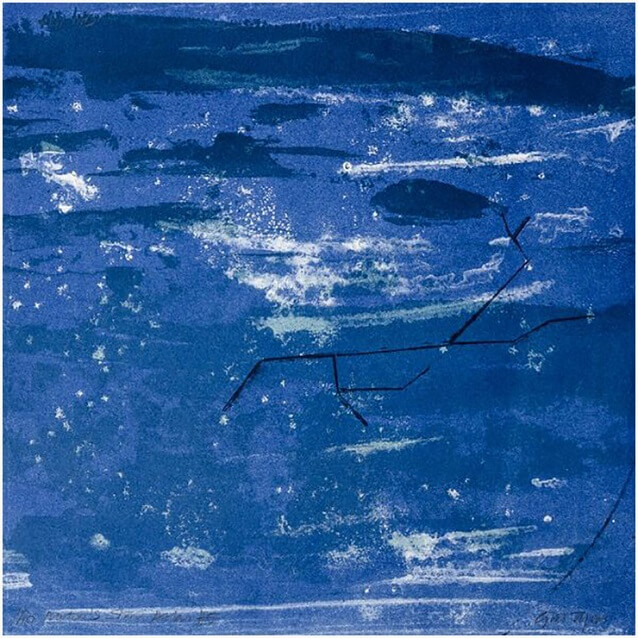 To see Gill Tyson’s beautiful studio, which is available to rent, click here.

Gill is a printmaker whose main practice is in lithography, concentrating on the richness of expressive marks within this medium. She develops…
Read more about Gill Tyson