Mychael Barratt, our current Featured Artist, was born in Toronto, Canada but thinks of himself as a Londoner since arriving for what was meant to be a two week stay twenty years ago. He has a great zeal for his adopted home and includes local settings that have a personal resonance in much of his work. He is a narrative artist and anecdotal incidents from his day-to-day are at the heart of his paintings and prints. 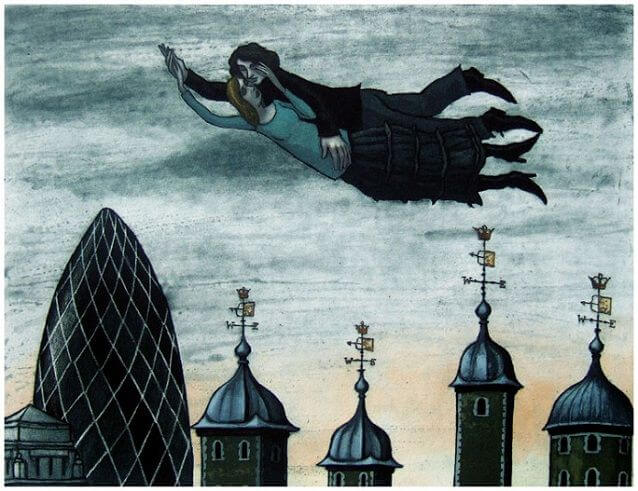 His detailed work is often as narrative as it is visual and he was the commissioned artist for the Globe Theatre. Having always had an interest in Shakespeare, Mychael did a piece to raise money to help rebuild the Globe and when when it was built he was asked to stay on and do something each year based on the plays they were doing.  The whole time Mark Rylance was Artist Director, he’d ring up Mychael and tell him secretly the plays they were going to do and Mychael had a chance to do something of his choice. 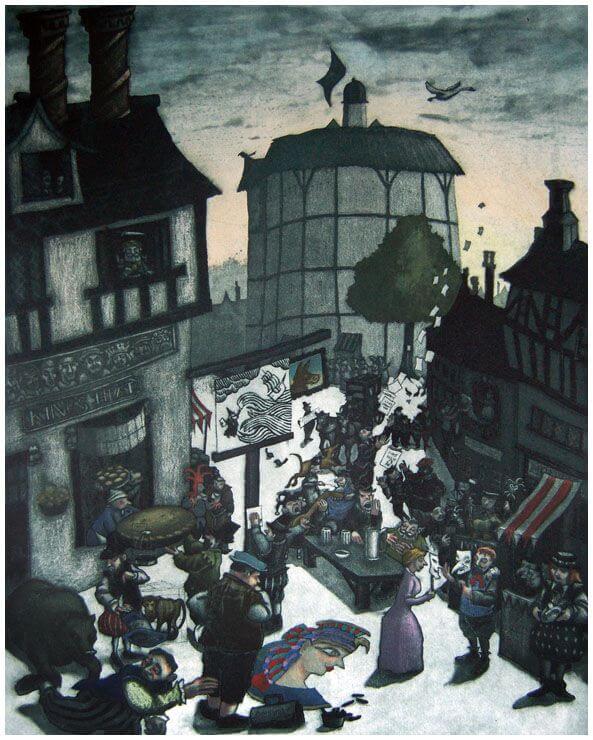 Much of Mychael’s work is full of detail with lots of different aspects to it; for example around the outside of the Canterbury Tales piece are all the depictions of the pilgrims, then there are the tales themselves and all the different places the pilgrims go to on the way. All these little vignettes relate to the pilgrims’ tales. 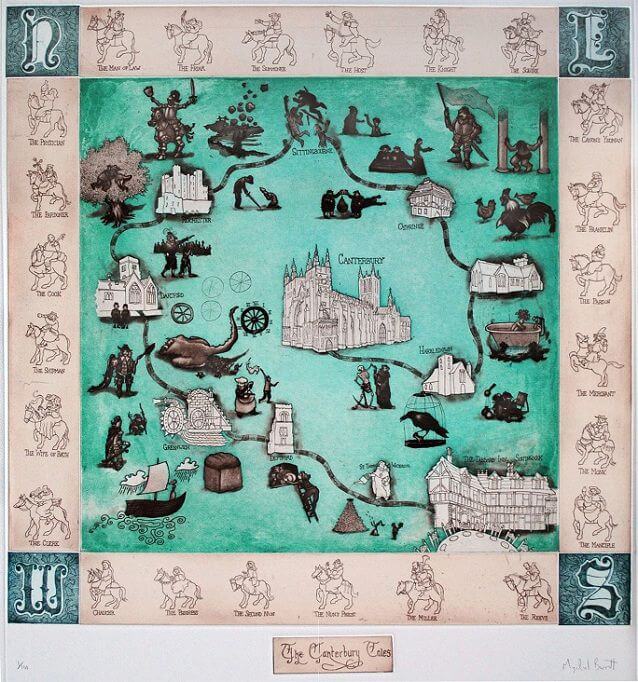 Humour is important to Mychael and is perhaps best celebrated in his series Artists’ dogs and cats is a series of prints and paintings where a homage is made to famous artists by trying to depict their imagined pets.

Maps have long hold a fascination to Barratt and one of his recent and most complex prints is Sweet Thames – an anecdotal and historical map. It is a six plate etching in three sections attached together with archival tape in the manner of an ancient folding map. It is a celebration of this beloved river and features various random references to things found on, in or by the Thames. It was selected and hung at the Royal Academy Summer Exhibition 2014. 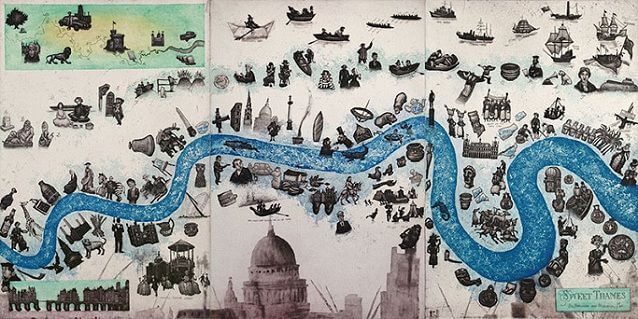 In 2011 he was commissioned by a law firm to paint a large-scale, external mural on the side of their building, 33 Mile End Road, London E1 near the site of the 2012 Olympics. The street has been coined ‘High Street 2012’ because of its proximity and importance to the 2012 Summer Olympics. Barratt researched the area and found that a plethora of famous and infamous people had come from, lived in or passed through there over the years and he combined this with some important buildings from the Mile End and Whitechapel Roads and created the colourful Mile End Road Mural. 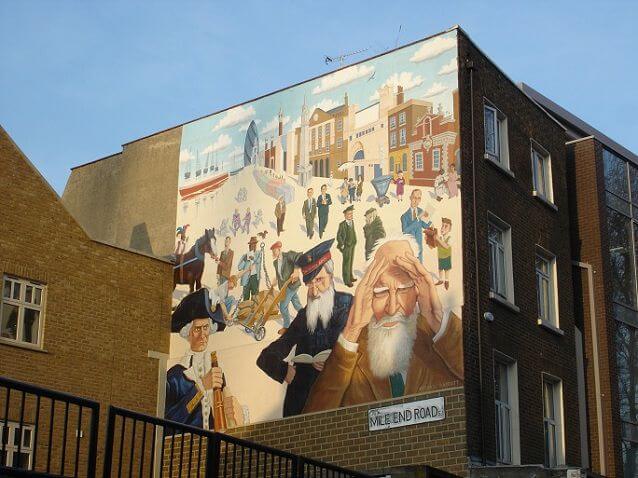 He was made a Fellow of the Royal Society of Painter-Printmakers in 2002 and at the AGM in 2013 was elected its President (PRE). We’re delighted to announce that Mychael will be holding a solo show at For Arts Sake in September 2015.