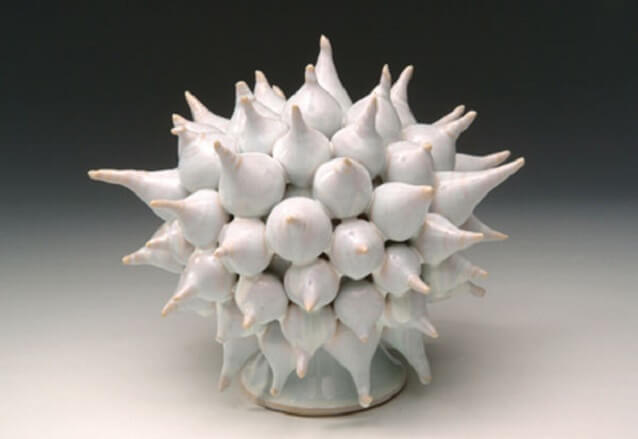 Frances Doherty’s work is inspired by flowers and plants and is based on the forms of fruiting bodies, flowers and particularly in the patterns and textures hidden within the secret world of seedpods. Frances collects and photographs them, working from enlarged photos or drawings, so that plants and seedpods are scaled up enabling us to see them in all their glory. 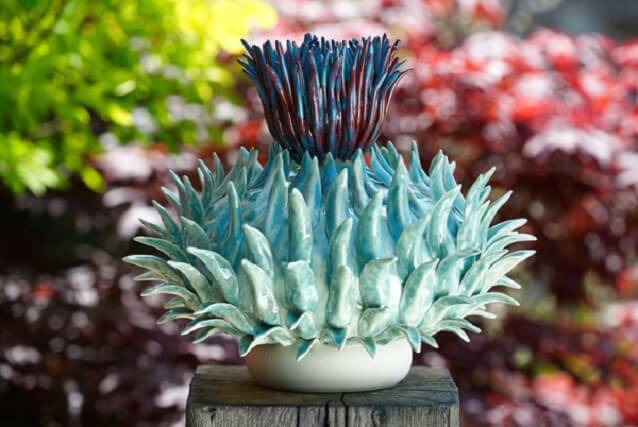 “Plants contain all life” says Doherty. “Their forms are made up of pure mathematics, nothing about them is random. The role of the seedpod is to be protective and to this end many of them are hard, spiky, enclosed or hairy. They wait for the time when nature dictates that they should release their seed, often in ingenious ways. These forms are often reminiscent of other forms in nature, such as those under the sea. Plants grow to the scale necessary to attract insects for pollination….I like to play with this scale to give both an ‘insects eye view’ and to bring up to human scale the amazing intricacies of the plants around us.

We tend to respond to the flowering part of a plant, yet for me the most exciting part is when the flower has died and the seedpod is forming, encasing its precious cargo ready to start the cycle all over again. Life always goes on.

My larger work is often placed in an exterior environment, where in summer it is partly hidden by the plants which have originally inspired it, and in winter it is revealed to provide colour and texture during the cold months.” 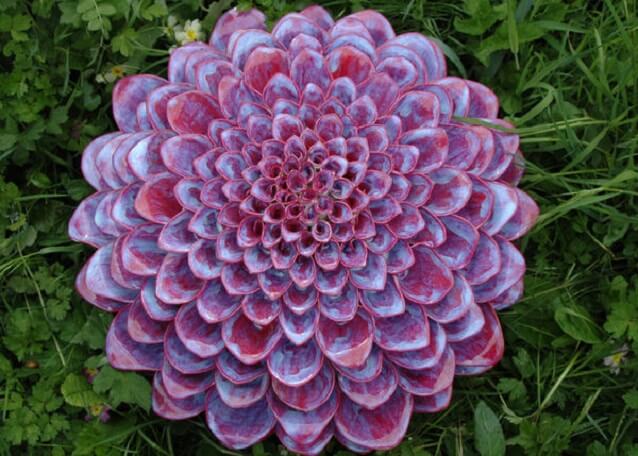 Frances Doherty works with white stoneware, with most of her forms are thrown first and then modelled. The glazes are painted and poured, then high fired to +1260 which makes them suitable for outdoor use. Glazes are chosen to compliment the form and are often slightly crystalline or iridescent, which makes the pieces glow. The forms are often combined with metal and reclaimed sea defence timber. 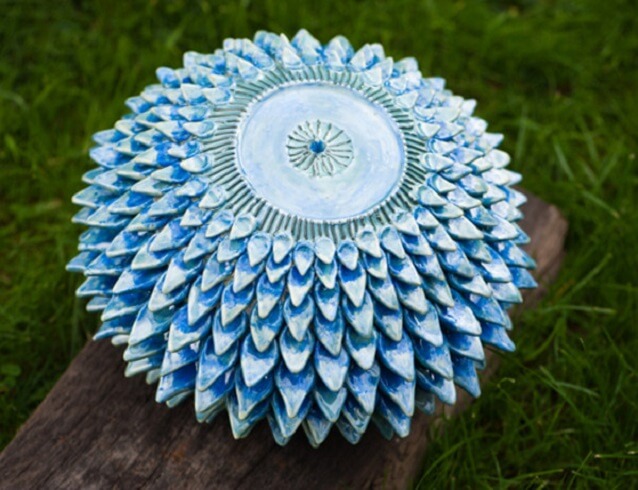 Frances Doherty studied ceramics at an evening class whilst working at a restaurant she used to own in Brighton. Since becoming hooked on ceramics she went on to spend five years at college, studying photography and plastics as well as ceramics. Since then she has gone on to win Best Newcomer at BCTF and sells her work at galleries throughout the British Isles.

Frances Doherty will be exhibiting at Arts Sake, Ealing gallery, from Wednesday 5th August to Sunday 23rd August, alongside Vicky Oldfield in ‘How Does Your Garden Grow’.