“I’m always looking for that magic moment of serendipity, where images just work and an idea is expressed” – Joe Webb talks us through his thought-provoking art ahead of a major retrospective

British artist Joe Webb takes us on a journey through his career from graphic designer to sudden collage superstar ahead of his first ever retrospective.

‘Lost & Found’ opens at For Arts Sake on April 27 and, in this short film shot in his studio and at home near Brighton, Joe talks through the motives and methods behind some of the powerful pieces on show.

“I try to address social, environmental and political issues that are on my mind, or on the news, rather than shy away from things… I’m looking at how humans have impacted the earth and what we’re doing to it and how we’re damaging it and destroying it.

“It’s another type of language, which can be spoken in any country. So an image can project an idea that can’t always be put into words and it can be understood all over the world. It’s really exciting and a new opportunity to talk to a lot of people through art.” 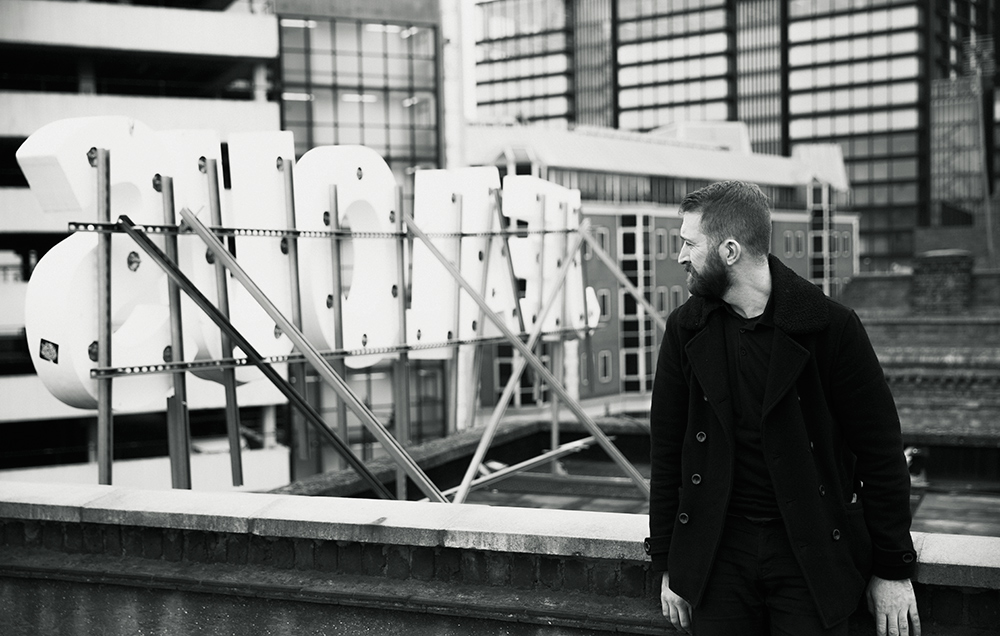 The exhibition tracks back to the beginning of Joe’s printmaking career in 2012, when he burst on to the art scene winning a Saatchi Gallery competition with collage ‘Antares & Love II’.

Joe, who was named one of the Evening Standard’s ‘Exciting Young British Artists to Look Out For’ in 2017, has won an army of high profile fans including Coldplay, who cited his work as inspiration for their ‘Up and Up’ video. His work has also graced album covers by Janelle Monae and Tears For Fears and is much sought-after by private collectors.

‘Lost & Found’ refers not only to Joe’s creative process – finding long-lost images and magazines and reinventing them as artworks, which are often biting satires on contemporary politics and society – but also Joe’s own reinvention from the commercial world of work to finding his way as a working artist.

Watch this brilliant short film (top) and find out more about the inspirations and processes behind these thought-provoking works. For a link to the video on YouTube click here.