Our latest exhibition in The Gallery Downstairs features work by the British artist Dan Baldwin who has won international critical praise for his provocative artwork, which – in his own words – is ‘about the fine line between the sinister and the beautiful.’ 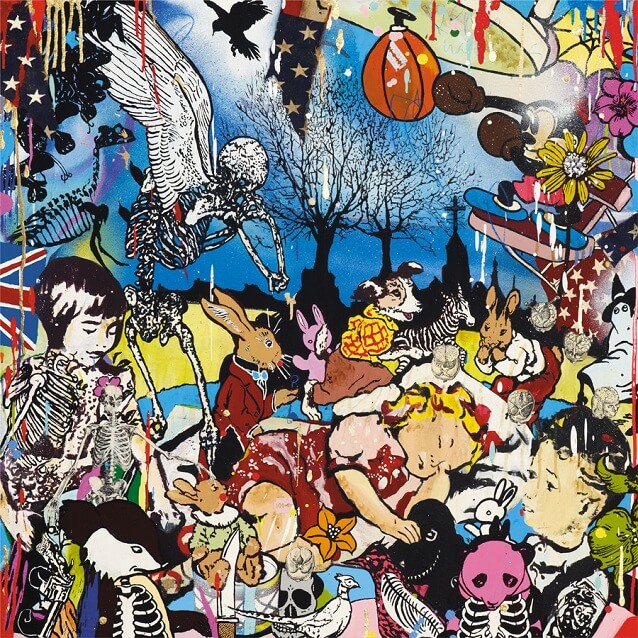 Dan Baldwin bridges the gap between abstract and figurative painting to create a landscape that simultaneously reflects reality, the power of the imagination and the private, inner workings of his mind. His style has a unique aesthetic which is difficult to categorise. Working by instinct, it can change dramatically depending on the subject matter he is exploring and the emotions he is channelling. 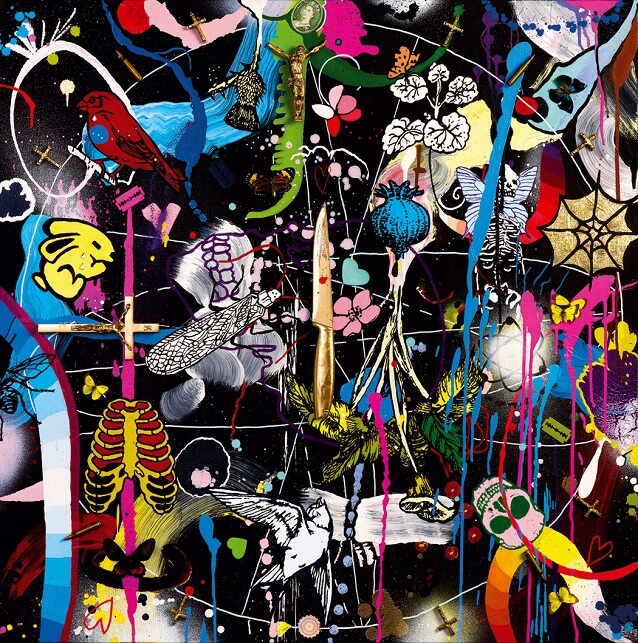 The work is multi-layered: Baldwin uses glazes, diamond dust, collage and 3D media on top of his silkscreen surface as well as integrating mixed media found objects (knives, crucifixes, bullets, and razor blades) over acrylic to add depth, clarity and balance. This mixed media approach manages to inject a shot of realism into images which often seem otherworldly.

Baldwin’s work is as not just multi-layered physically but also in terms of meaning. The motifs with which he plays often reoccur- skeletons, swallows, crucifixes, children’s story book illustrations, spiders, robins, trees, knives, flowers, cartoon figures – and are often contradictory, creating an uncomfortable  and sometimes sinister paradox. Each motif has a meaning (swallows generally signify innocence for example), although the meanings can vary slightly from print to print depending on the overall ethos of the piece. 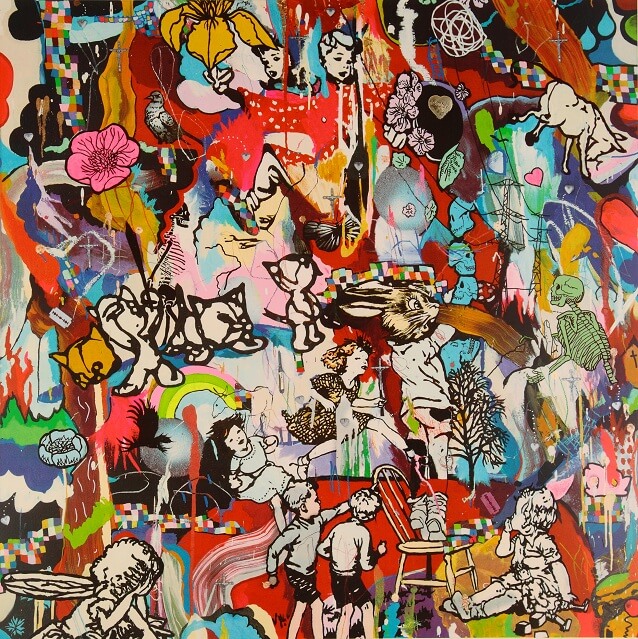 The symbolism that proliferates in Baldwin’s work enables each viewer to develop a highly personal response to what they see. The relationship that has been observed between Baldwin and the still life painters of seventeenth century Holland stems from his use of symbols of life, death and mortality such as the flower, the skull, the bird and rotting fruit.  These symbols of death, life and love are re-contextualised by Baldwin amongst a world of candy colour, butterflies and childhood cartoons making them relevant for modern audiences. 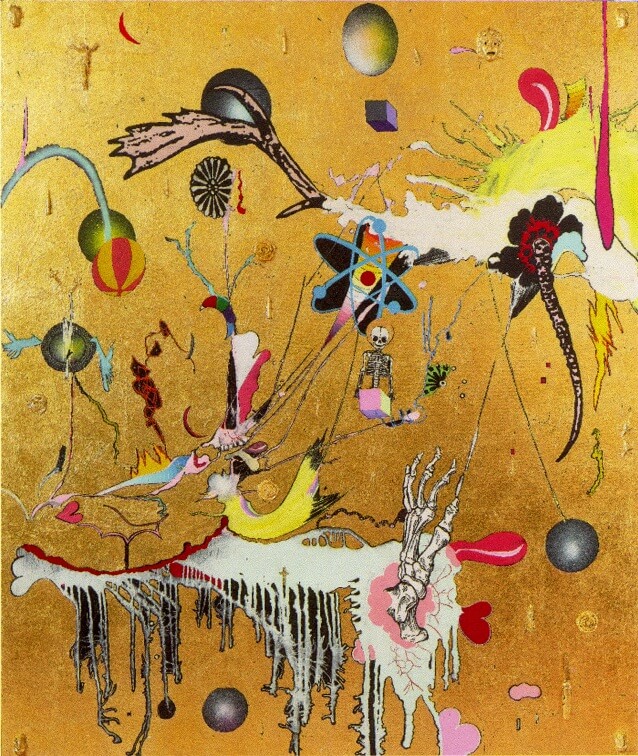 Dan Baldwin was born in Manchester in 1972 and studied Communication Media at Eastbourne College of Art and Design and received his BA (Hons) in Communication Media and Illustration from Kent Institute of Art and Design, Maidstone. Dan Baldwin has exhibited in galleries all over the world as well as at art fairs in Basel, Miami, LA, Tokyo, San Francisco, London and New York. His pieces have been collected internationally as well as having a loyal British audience including Jake Chapman, Chris Packham, Jo Whiley, Holly Willoughby and Ant Mcparlin. In 2005 he appeared on the BBC’s The Apprentice alongside Opus artists Rob Carter and Lucie Bennett. Catching the eye of the media for his politically relevant art, Baldwin has been featured in numerous publications – including Dazed & Confused, Elle, Modern Painters and Vogue. He has donated pieces to a number of charities since 2003 and currently supports the Teenage Cancer Trust and British Heart Foundation.

Our exhibition of Dan Baldwin’s work runs in The Gallery Downstairs at For Arts Sake from Friday 9th January to Sunday 19th January 2015.

Dan Baldwin (1972-) creates a unique and immediately recognisable vision in his silkscreen prints. His work is at once both abstract and figurative…
Read more about Dan Baldwin 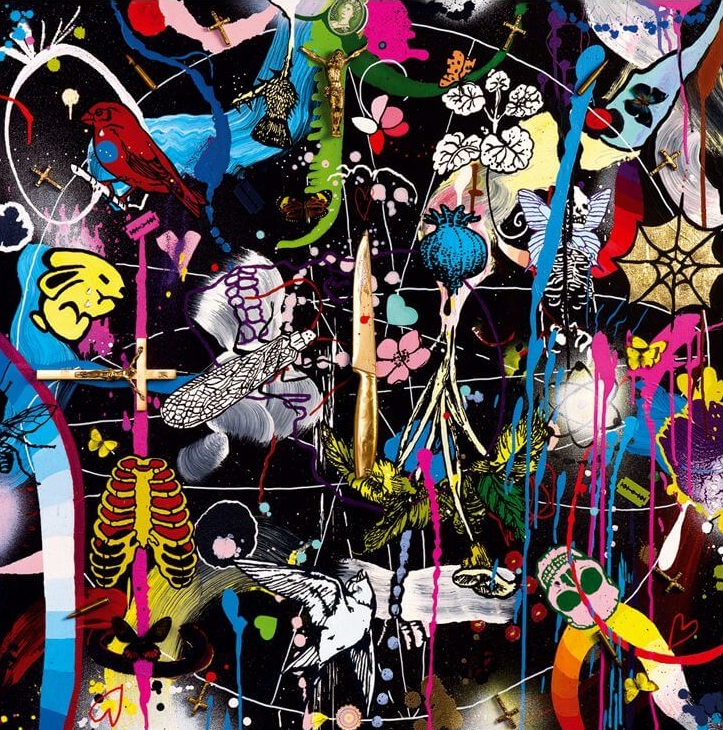 Death at the Parade 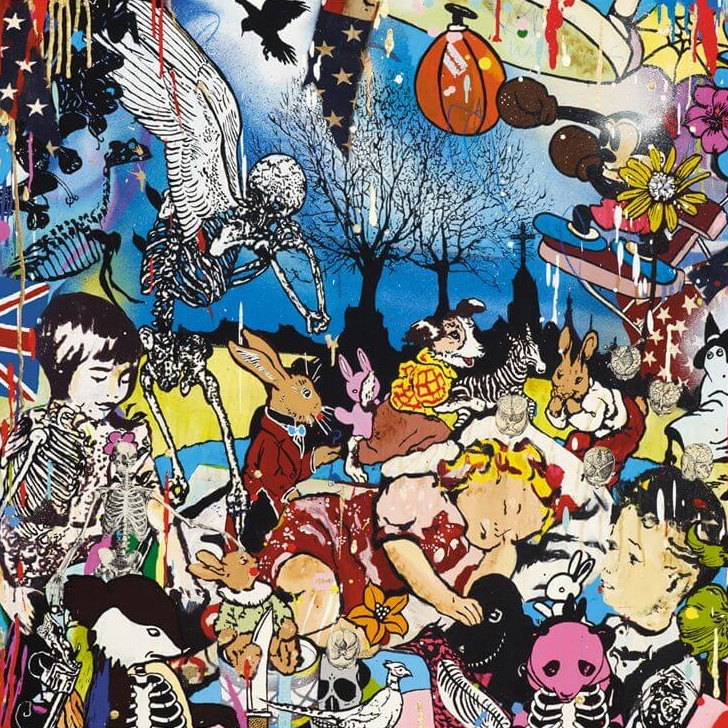 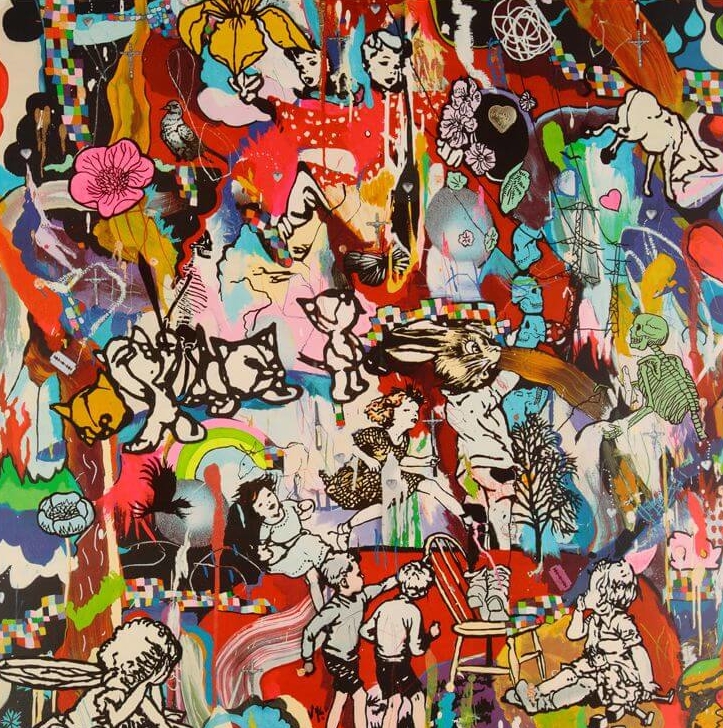 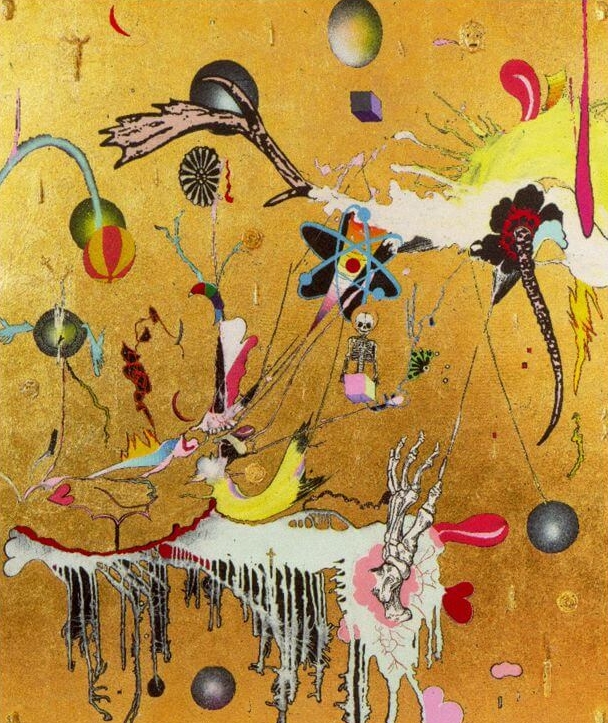