Creating a memory with Carys Davies

We are delighted to have recently taken a delivery of Carys Davies pottery at For Arts Sake.  Carys Davies throws pots in porcelain – then marks and alters them before glazing with shiny crackle glazes or volcanic rough ones, sometimes both.

After a ceramics degree at Harrow, Carys worked for Edmund de Waal for five years, developing new glazes for him as well as her own work. She has developed many new formulations, including volcanic glazes and reactive slips: she particularly likes using copper and tin, having grown up next to the largest bronze age copper mine in Europe at the Great Orme near Conwy. 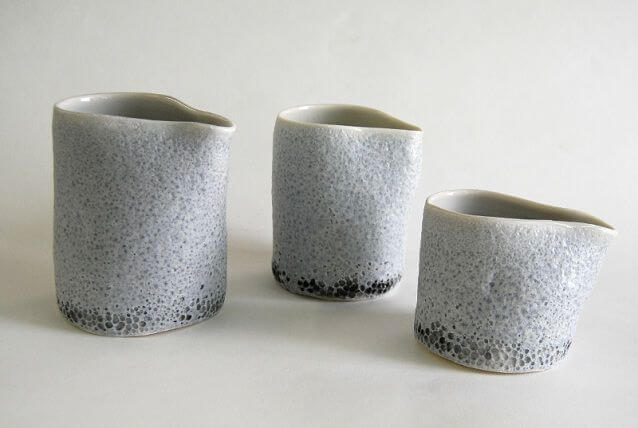 Touch is important to her so her work can be handled, used, and washed – maximising interaction with it as a 3D object, rather than as a screen image. She often uses words and poetry on pots – encouraging people to explore the resonance of, say, the Shipping Forecast through explorations online, where she writes regularly about her making process over on her blog. 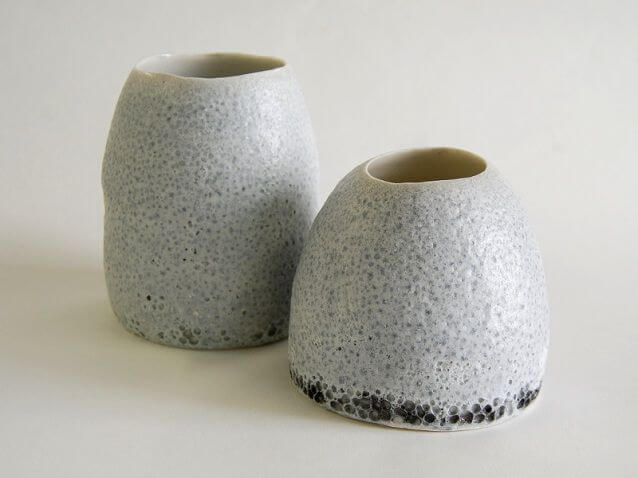 Carys’ work can be seen in the Plymouth City Museum collection and has appeared in numerous publications including Ceramic Review and Crafts. Carys also makes site-specific installations, using ceramic forms and text to invoke thoughts, feelings and memory, and part of her installation at Cotehele NT near Plymouth has been retained permanently and can be seen there. 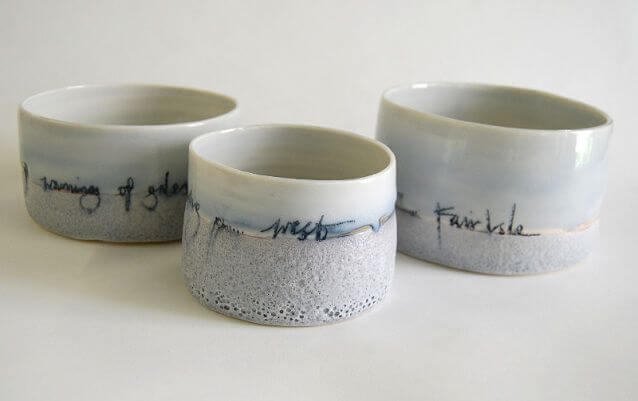 Now working from her studio in Parade Mews, Tulse Hill, Carys creates various collections of ceramics which play with new glazes, colour and surface texture.  Her writing on pots, mostly poetry, is a way of using words as both marks on the pot and to also invoke feelings.  As you drink your morning coffee the touch of the word under your fingers gives you – for a moment – the chance to reflect on a memory.