Prior to the opening of our exhibition Bruce McLean: Making An Exhibition Of Myself. In Print. on Friday 15th April we were delighted that Ealing publication The Line has produced an article highlighting the show. In case you missed it, we’ve reproduced it here: 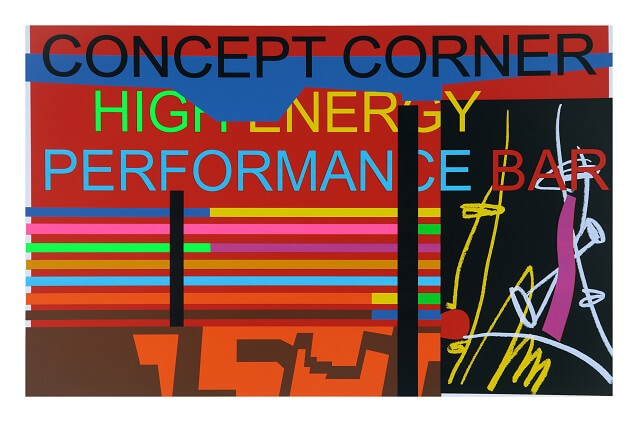 For Arts Sake announces the first survey of the print works of Bruce McLean. Tracing the development of an artist who was at the forefront of the development of Conceptual art in Britain in the 1960s, the exhibition will feature monoprints and limited edition print works across four decades including a collection of rare posters and books. McLean has exhibited extensively internationally but this is the first time a survey of his print works will be shown in one gallery and is an opportunity to see why he has been such a strong influence on artists over several decades

Born in 1944, Bruce McLean studied at Glasgow School of Art and then St Martin’s in London, going on to become one of the leading figures in British Contemporary Art. In the 1960s McLean became known as an art world ‘daredevil’, causing a stir at St. Martin’s when he rejected his tutors’ views of what sculpture should be. Sir Anthony Caro and Phillip King (leading ‘New Generation’ British sculptors) believed that there was no place for plinths in the display of abstract sculpture, and that in fact the art should sit on the floor. In Pose Work for Plinths (1971; London, Tate), McLean used his own body to parody the poses of Henry Moore’s celebrated reclining figures, directly challenging what his tutors’ believed.

He then went on to use rubbish or his body as sculptural material, and crafting works that were focussed on plinths and framing devices, sparking a new genre of sculpture. He quickly branched out into other mediums cementing his reputation as a leader in sculpture.

At the age of just 27, McLean was the youngest artist ever to be offered an exhibition at the Tate Gallery, but opted perhaps controversially, for a ‘retrospective’ lasting only one day. Numerous international displays have followed and McLean continues to bring colour and humour to different mediums and materials. 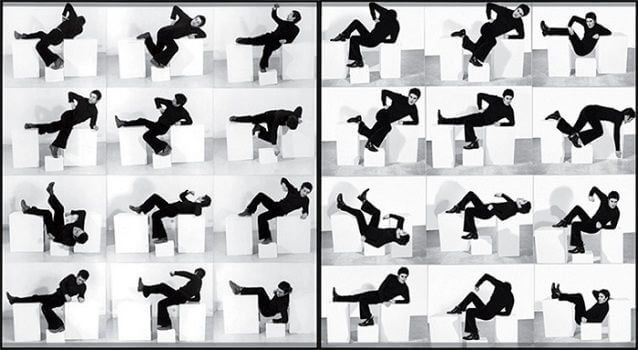 McLean’s work is held in private and public collections worldwide and he has had numerous one-man shows in both Europe and North America. These include The Tate Gallery, The Modern Art Gallery in Vienna, The Museum of Modern Art Oxford and the National Galleries of Scotland. Bruce McLean was awarded the John Moores prize for painting in 1985, and was the Head of Graduate Painting at the Slade until 2009.

McLean, who has lived in Barnes since 1965 and has a studio in Perrivale, told For Arts Sake the importance of drawing leading artists to exhibit in west London. He spoke of his passion for ensuring that the spotlight is shone on interesting venues for art in the West of London.

‘I’ve lived and worked in west London since the sixties and have a studio in Perivale as well as printmaking at Worton Hall Studios in Isleworth, so I have a strong connection with the area.  I’m delighted that Ealing has a print gallery where I look forward to showing my work.’

This exhibition will include a display of McLean’s prints that explore the world of the garden, taking inspiration from his own gardens in Barnes and Menorca. Visitors can expect an uplifting selection of art, full of bold and bright colours, perfect for this time of year. 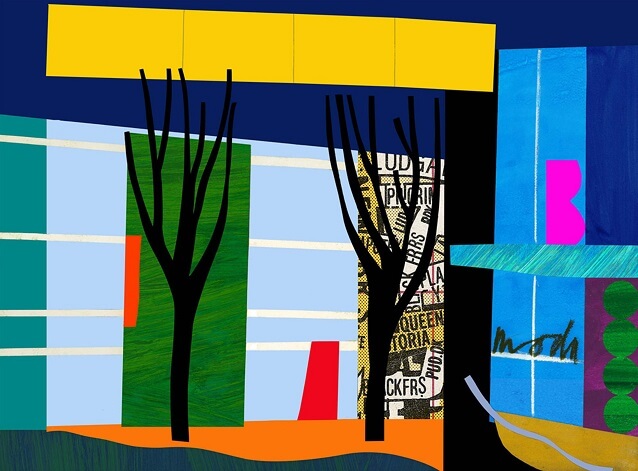 McLean’s not one for dry academic talk and his clear sense of humour is endearing. The world of art can be perceived as fairly serious which can sometimes deter people from attending exhibitions and embracing art. McLean is anything but stuffy and is well known for his interviewing techniques; he’s not one for dry academic talk. Well known for interviewing himself, he jumps between two chairs, asking a question and then answering, he has done this before at events such as Frieze London, one of the world’s leading contemporary art fairs.

A highlight of his Ealing exhibition will be an audience with McLean, where there be time to meet the man himself. The evening promises to be an entertaining and informative as Bruce leads a conversation on he describes as ‘the inherent problems with print etc’. The ‘etc.’ in the title is typical McLean as he will focus on his print works but is also likely to cover a range of topics. McLean is very charismatic and likes to tell stories about his experiences of the art world, so the evening will provide an insight into his life and experiences.

McLean will also be showing his work at the Tate Britain in their exhibition on Conceptual Art between 12 April and 29 August 2016. It’s not every day that a local Ealing gallery displays work from the same artist at the same time as the Tate. It’s clear that Bruce McLean is a very influential artist. Now approaching his seventh decade, McLean’s energy, vision and work ethic remain undimmed. People will be lining up to get a glimpse of Bruce, make sure you’re one of them.

RSVP for both events to [email protected]

For the Tate exhibition see: