Our next exhibition at For Arts Sake features work by the internationally recognised artist and printmaker, Brad Faine. Born in 1945 in Brighton, Faine studied painting and printmaking at Leicester College of Art and at Goldsmiths College. He then taught printmaking part-time at Farnham College of Art and St. Martin’s School of Art as well as lecturing at numerous colleges before setting up his own screenprinting studio in 1973 and going on to work with over 230 different artists over the last 40 years. 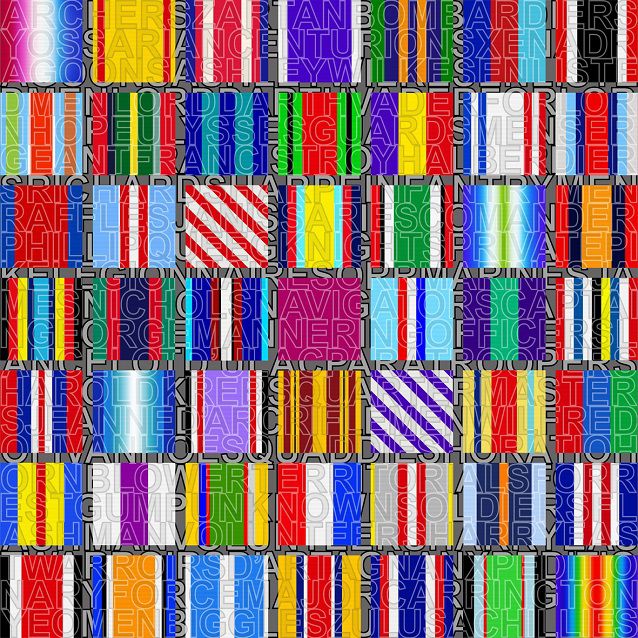 Whilst running his successful studio Faine has continued to work as a painter and printmaker in his own right and he has works in many private and public collections around the world.

In 1984 he was responsible for initiating the concept of ‘Visual Aid for Band Aid’ and along with Peter Blake, Graham Bannister and Gordon House, was integral in the organisation of 104 artists and the production of an edition of 500 prints, the proceeds of which went to the Band Aid Trust. 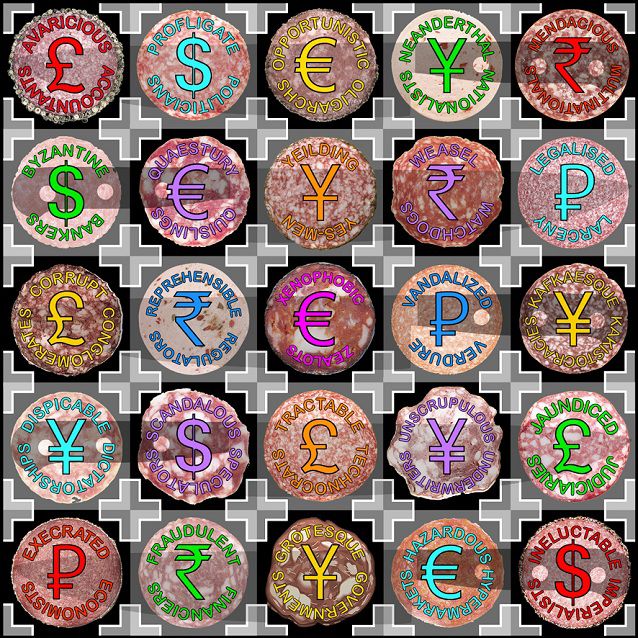 Brad Faine’s early studies centred on an interest in conceptual art and developed towards a concentration on colour field painting. Later on Peter Blake introduced Faine to the idea of using the alphabet in his images which provided a linguistic content enabling Faine to incorporate the ideas he encounters. Many of his works focus on ideas that are at first sight attractive or even ‘pretty’, but on closer inspection contain alliterative texts that contradict, question or are critical of the visual content. 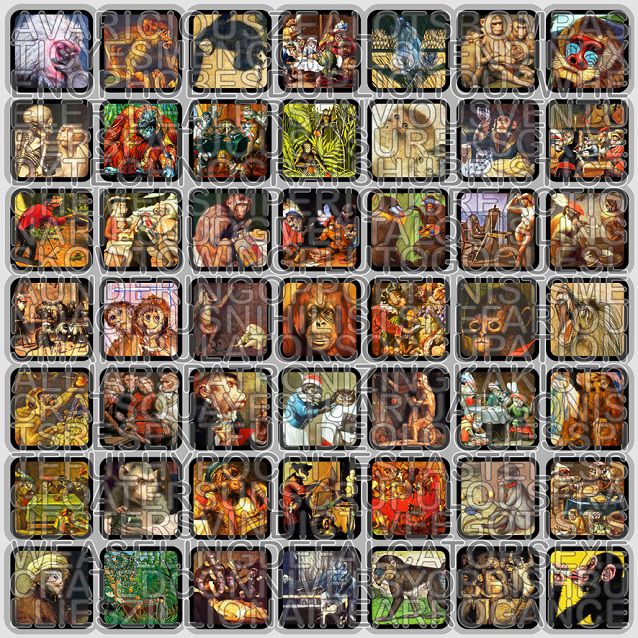 Prior to exhibiting with For Arts Sake we caught up with Brad Faine and asked him about the inspiration behind his exhibition with us:

“Having lived for 31 years in Ealing I now feel a sense of ennui at having left its vibrant environment for the somewhat genteel environs of the Chalfont’s. The title of the exhibition, Last Exit from Ealing, refers to Hubert Selby’s book Last Exit to Brooklyn, with its reflections on the seamier side of life. My prints are about those aspects of our collective human experience that annoy and irritate or sometimes illuminate and enhance, (as in the case of the pieces about the cinema, such as Yellow Brick Road) all aspects of our everyday lives.” 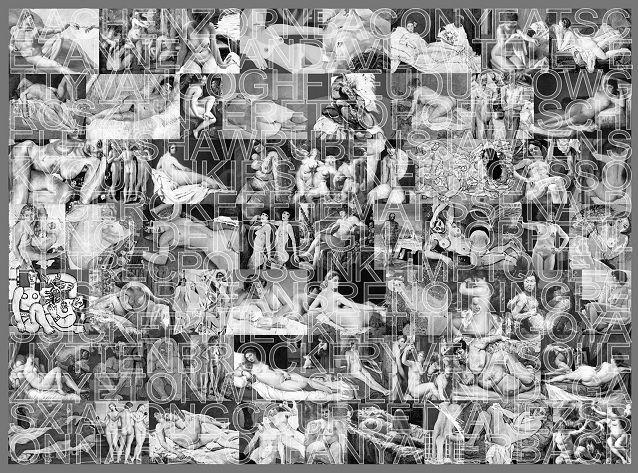 “While on my foundation course at Worthing, I read Joseph Heller’s Catch Twenty–Two and was amazed at the way that he managed to write in detail about the horrors of war in such an outrageously funny a way. I could not help feeling that his writing, while being unquestionably funny, made one feel guilty at finding its tragic content so hilarious. I strive to emulate Heller in that I wish to engage the viewer interesting images that encourage investigation of the implications of the interweaving of words or numbers.” 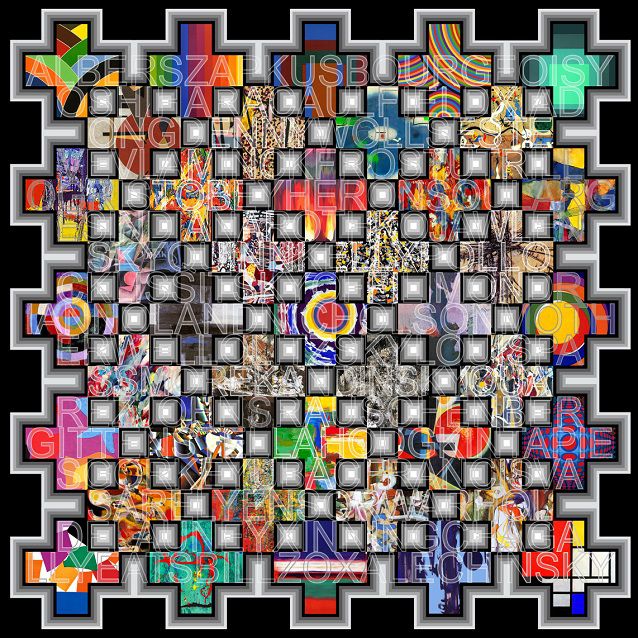 “The critic Mel Gooding writing about my work said; “This Art dazzles the eye and plays games with the mind (not the same as mind games). It is kaleidoscopic, optically replete, busy and colourful.” I like to think my work engages the viewer with its visual imagery while hopefully creating a sense of unease with the content of its text. For example in the print ‘Monsters of the Universe’ (the title refers to the American bankers’ self-proclaimed epithet ‘Masters of the Universe’) my attention was directed towards the personal greed and arrogance of individual bankers and their cavalier attitude towards other people’s money. The primary forms for this print are World Series poker chips. The implication being that the bankers treated trading as if they were in a casino. The background text is an alphabet of alliterated phrases that are deemed to reflect the bankers actions and attitudes and the proclivities of those who conspired to enable them to make excessive profits irrespective of their social costs.” 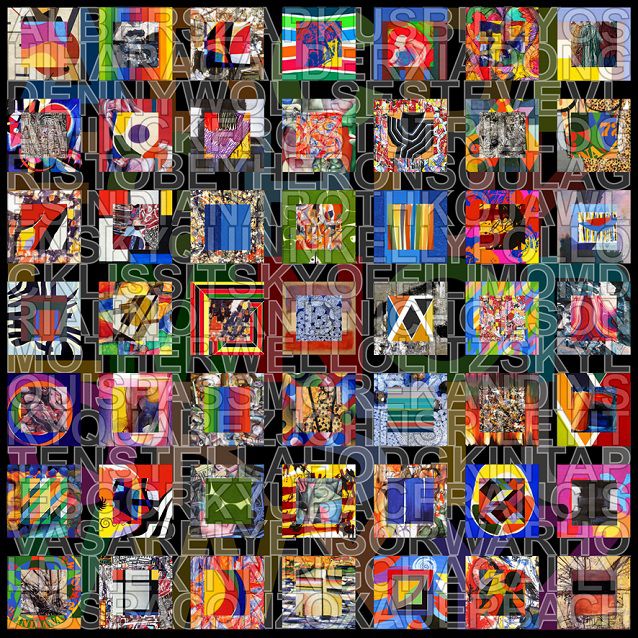 “My digital prints are all first generation artworks that do not exist in any other form and are not reproductions of drawings or existing paintings. Some images contain figurative or historical elements and could be construed as digital collages, while others are purely coloured abstract conceptions juxtaposed with text or numbers.”

Brad Faine’s exhibition ‘Last Exit From Ealing’ runs at For Arts Sake Gallery from Monday 17th November to Sunday 30th November 2014. We are especially delighted to announce that he will be in the gallery on Saturday 22nd November between midday and 2pm giving you a rare chance to meet the artist himself.