Artist Barry Goodman originally intended to become an architect but studied Graphic Design instead, before pursing a successful career in Design and Illustration. He later studied printmaking at The London College of Printing where his long-standing fascination with the world of architecture and automotives soon started to be reflected in his work. 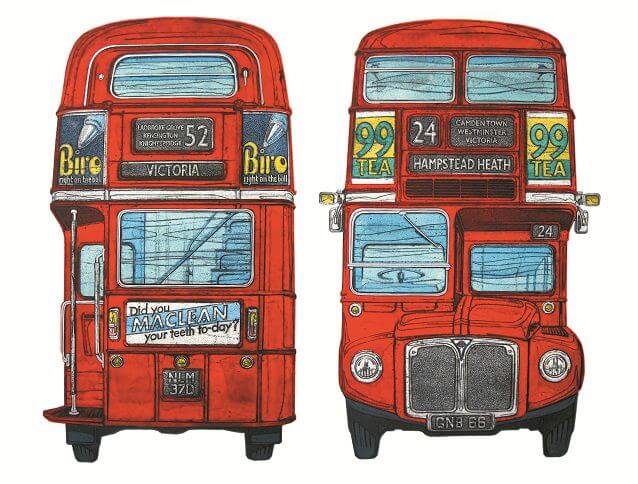 His design background led naturally into larger graphic prints and paintings, which have been widely exhibited both across the UK and internationally, some of these are now adorning walls as far apart as Streatham, San Francisco, New York and Naples.  His signature style is created using a collage printmaking technique and a form of intaglio printing. The collage plate is printed in the same way a an etching, but also includes the basic principle of relief printing. 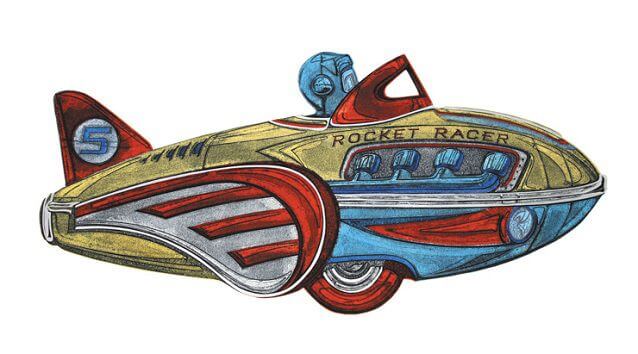 His work has also been published by The Art Group, John Lewis, Art Angels, The Almanac Gallery, Paperchase, Quarto Publishing, and NP Worldwide.  His work is held in both public and private collections including The Library of Congress, Washington D.C. 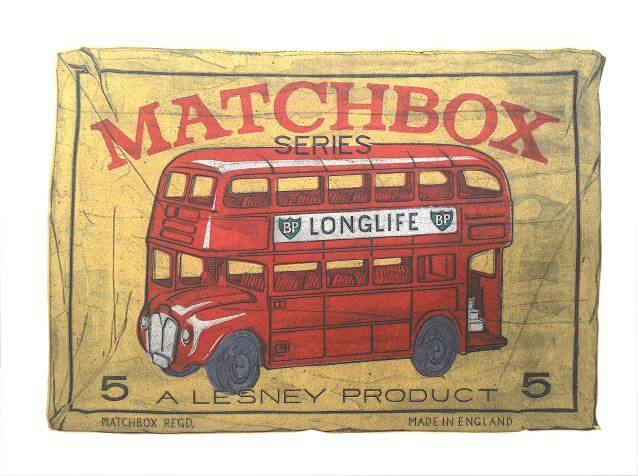 Barry Lives and works in London. He is a member of The California Society of Printmakers, San Francisco, USA.  “I usually carry my sketchbook and camera around with me, I never know when I will stumble across something great… either a rain streaked 1960’s concrete structure or an abandoned rusty Fiat, it just has to be recorded. Strangely it transpires that cardboard (Collagraph print) is the material to capture these images”. 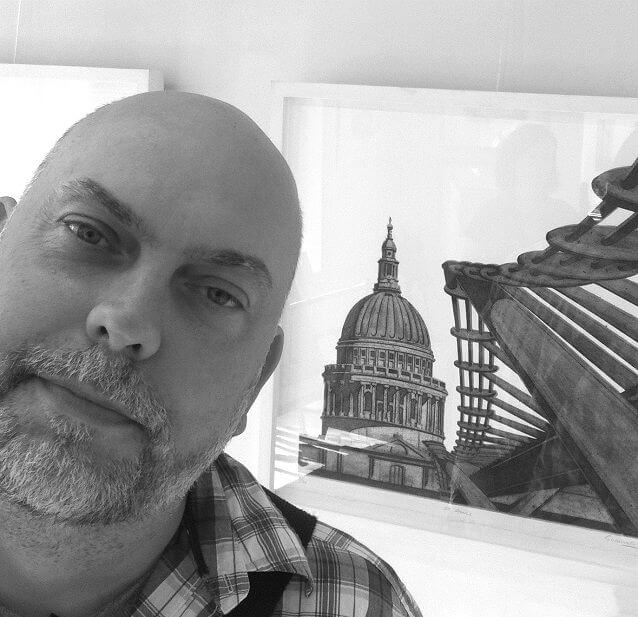 For more images of Barry’s work including an insight to his studio visit our Pinterest gallery and to buy his prints pop over to our webpage.  And finally don’t forget to follow our social media feeds for news about a planned exhibition of his work coming soon to For Arts Sake gallery.